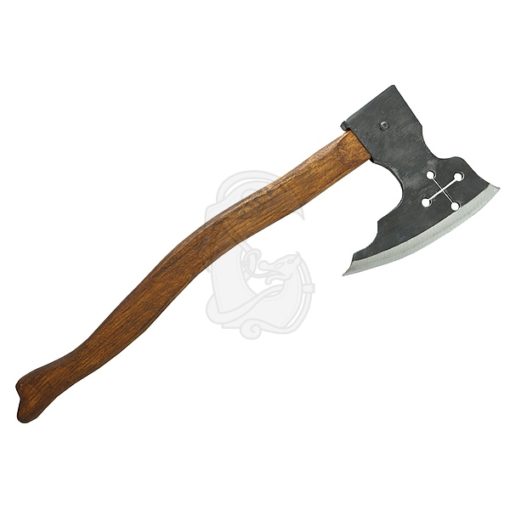 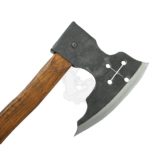 A massive one-handed battle axe made of carbon steel.

A massive one-handed axe used in the later medieval periods. Even though it wasn’t considered as noble and wieldy as a sword it was still a popular choice of many fighters as it could cause heavy damage to opponents wearing heavy armour, especially when used from horseback. The sheer momentum was enough to fell the toughest of foes. That is why the battle axe was considered more of a bludgeoning weapon even though it clearly has a cutting edge. King Richard the Lionheart was often mentioned and portrayed wielding a battle axe.

This axe has been hafted on a sturdy oak handle. It is possible to order an unhafted blade. The blade is made of carbon steel.