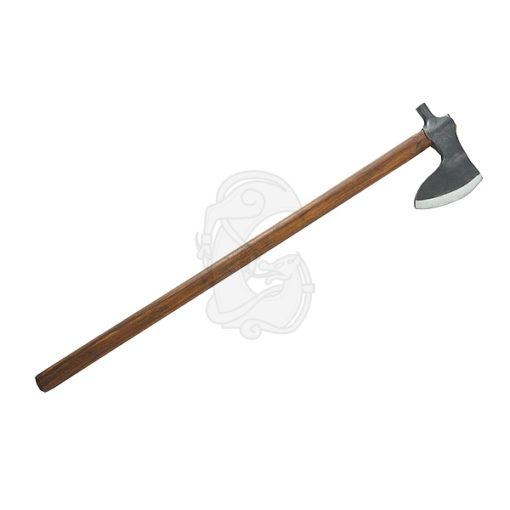 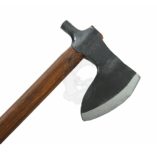 A broad axe with a hammer on the back of the blade, made of carbon steel.

A bearded axe made of carbon steel hafted on an oak handle. The axe, alongside the spear, was the basic weapon of the Viking age. Much less wieldy and maneuverable than the sword, but at the same time much cheaper and still quite deadly in the right hands. The beard or hook allowed gripping the shield or weapon of the opponent in combat and also grabbing the haft right behind the cutting edge while working with wood.

The back of a blade has a small, round hammer which serves both as a counterweight and is meant for hitting. The axes of this design were particularly popular in central and eastern Europe during the Viking age.

It is possible to order an unhafted blade, which should reduce the package size and shipping costs.